After a month of silence, HardLoudNDeep comes back with a nice interview of Kurt Vereecke, keyboard player and FROZEN RAIN’s member. I was satisfied of “Ahead Of Time”, second and recent opus of the band, so I decided to interview him about it. It’s a short but interesting interview, I’m pretty sure you’ll find some interesting informations !

Firstly, I would like that you introduce shortly FROZEN RAIN, for people who discover today the band. So, please, what could you tell me about FROZEN RAIN history ?

It all started back in 2002 when I decided to record an AOR and melodic rock album. During the recordings more and more musicians got involved in the Frozen Rain project, including some well known people like Tommy Denander (Radioactive), Steve Newman (Newman) and Daniel Flores (Mind's Eye). The first album was released by Avenue Of Allies and came out in April 2008. The cd was very well received all over the world. When I met guitar player Rik Priem at the end of 2007 I found the kind of guitar player I always had been looking for and right away we started to write new material. At the same time my brother Hans Vereecke decided to pick up his drum sticks again. Keyboard player Jurgen Vitrier and bass player Vincent De Laat (who both played on the first album too) joined us and suddenly the new Frozen Rain was born. The only thing we still needed was a singer with a very powerful voice to sing on the second album. That singer became Carsten ‘Lizard’ Schulz. With him the last missing link was found.

The main question I would like to ask you is : what is (are) the reason(s) why FROZEN RAIN became a real band ? Why did FROZEN RAIN (which was at the beginning an « All Star Project ») turn into a real band ?

The first Frozen Rain album was more or less a kind of ‘project’ album. The making of that album gave me the chance to work with many of my musical friends and some of my personal idols. It all was a great experience but since there were 22 musicians involved and recordings took place in 5 different countries it wasn’t always easy to get things organized. That’s the main reason why I decided to do things different for the second album. You can read in my answer at first question how we have become a real band.

Did it affect the way to work, to write an album, in your case ?

The biggest difference for this album has been the fact that I’ve written some of the new material with guitar player Rik Priem. While most of the songs on the first album had been composed on keys this time we have started several times from a guitar riff which of course has an influence to the songs. For the lyrics I’ve worked this time with two of my English friends, Chris Swinney and Darren Whitehead.

About FROZEN RAIN’s second effort, why have you chosen to title it “Ahead Of Time” ? Is there any joke, play on words ?

The song ‘Ahead Of Time’ is a tune I’ve written a long time ago but it was until now that I decided to record the song properly. I always thought ‘Ahead Of Time’ would be great to use as an album title. I suggested this to label manager Greg who also liked that idea. And Arnaud Leger did some great artwork around this theme.

I read that you’ve recorded a video clip, to promote “Ahead Of Time”. Is it an advantage to record a video clip, when you release an album ? Do you think it’s the right solution to keep people attention ?

Yes, I think the making of a clip is really necessary these days when you release an album. Many people check your music at You Tube or share their favourite video clips on Facebook etc. A video clip is a good way to discover the music of a band. Since Frozen Rain now is a real band I also wanted to make that clear in the video clip where you can see the band performing. I hope people will like the clip cause it was real fun making it. By the way, Carsten and his wife play several scenes in this clip together. The clip will be released one of the next weeks I believe.

Could we hope FROZEN RAIN on stage, this year ? A short Europe tour, for example ?

Of course touring would be fun and it would be so great to meet the fans. But we have to be realistic. Touring takes a lot of time, energy and money. And since we all have a busy family life and a daytime job to do (with some of us working in shifts) playing live is a difficult thing to do. As a teacher I simply can’t take a few days off at school whenever I want to go on tour. For most of us it’s already very hard to find a bit of time to write, play and record music. Even the making of an album has to be done in bits and pieces during several years. So at the moment there are no concrete plans to play live but who knows...If Frozen Rain would receive several good offers for big concerts then we will certainly think about it and see if it’s possible to work something out.

About FROZEN RAIN’s future, have you planned a third release?

We certainly hope we will have the chance to release a third album. In fact some new music for a possible third album is already written but there’s still a long way to go since our time for Frozen Rain is limited because of several reasons like mentioned above. Besides myself and Rik keyboard player Jurgen Vitrier will also play a more important role as a songwriter on the next album. Mostly we write with the three of us now and Jurgen already came up with some great ideas.

Thanks to give us the opportunity to do an interview and we really hope the fans will love the album. We’ve already received some great reactions from fans about the new album. If our music can make them happy, then we’re happy....So thanks to everyone for the support and buying the new album.
----
Entretien réalisé en Avril 2012 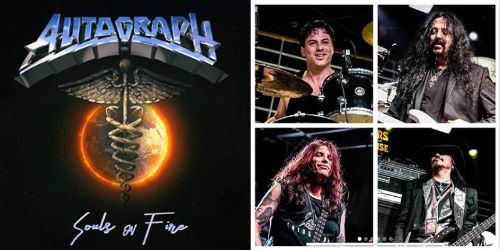 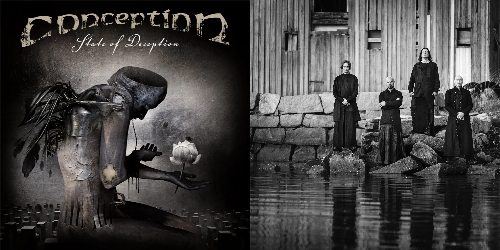 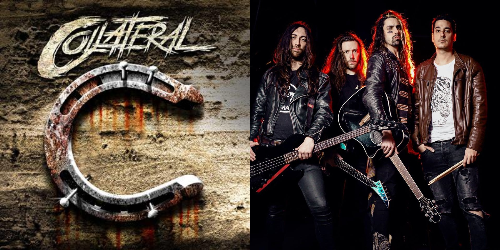